Today I went to a rally at the Federal Courthouse in Orlando.  It was a Vigil to honor the life of Trayvon Benjamin Martin.  Today was “The Justice 4 Trayvon 100 City Vigil.”  As I stood there and listened to the speakers and the prayers, I began to wonder why are we are still having to go through this in 2013?  As a matter of fact, one of the speakers made mention of the fact that “I thought we had already done this…”  My mother was a high school class sponsor in the 1960s.  She supported and comforted her students as they protested for our civil rights… That was nearly 50 years ago!  I did not have the opportunity to participate then because I was not born until the mid-60s…and an infant for the remainder…  Today I was proud and pleased to be able to step up and lift my voice in protest of the injustices that still exist 50 years after “I thought we had already done this…” 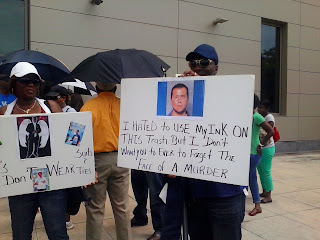 The name of Emmitt Till was invoked…  Is Trayvon Martin a 2013 version of Emmitt Till?  I was happy to see Black folks get together and lift a collective voice in protest.  I was also beyond happy to see the diversity in the crowd.  I forgot to mention the lone wing nut out there with his "Cracker Attacker" sign. Although he desperately needed an "azz whoopin," nobody really paid him much attention...  Hey, this is still America. You have a right to voice your opinion NO MATTER HOW F'N STUPID IT IS!!   But there needs to also be action with the protests.  It occurs to me as I have heard on several occasions, “No politician or person in a position of power is going to pay any attention to us unless there is an economic impact.”  We can sing and march “until the cows come home.” But until some of the “fat cats” start losing money no one will care… 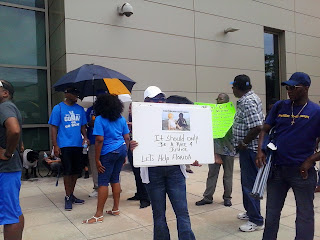 So I say again, tell your friends and relatives to take their vacations and their family reunions ELSWHERE.  Call or write to your State Legislators and tell them they need to repeal this “Stand Your Ground Law!”
If enough big dollar conventions and conferences go elsewhere, someone will take notice.  If enough big name entertainers pledge to not do any performances here in the State of Florida until the “Stand Your Ground Law” is repealed, someone will take notice.  Sign the petition encouraging the Department of Justice and Attorney General Eric Holder to open an investigation into the violation of Trayvon Martin’s civil rights.

If you don’t stand for something, you will fall for anything. 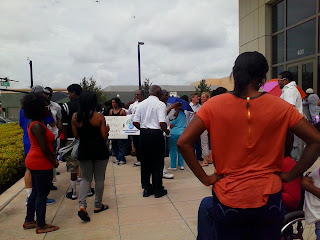