Who Will Save America? 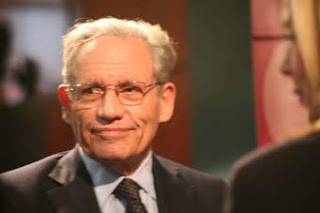 “Fear” is the title of Bob Woodward’s book and an ever present state of mind for those of us sane folks left in AmeriKKKa. The excerpts from Mr. Woodward’s book are terrifying. He talks of Senior White House Staffers preventing the Orange idiot, a.k.a., 45 from sending a tweet to North Korea that could have been interpreted as an act of aggression. Let that sink in folks… THIS MORON was one tweet away from starting World War III!!!

This “man baby” has no idea in hell what he’s doing. Right now, 45 is more concerned about who wrote the New York Times Op-ed piece than running the country. I keep hearing this over and over again, what’s going to happen if we actually have a real crisis? George Bush had 911, Barack Obama had the financial crisis. We’ve already seen how this pseudo administration handles natural disasters. Over 3000 souls were lost in Puerto Rico and this idiot, 45, keeps talking about what a great job his administration did handling things. Wow… if that’s your idea of doing a good job, God help us if we have a major crisis.

So since the White House is in disarray, the Congress has no interest in doing anything about this train wreck I guess we’re going to have to save ourselves. It starts with getting these self serving Republicans out of office so we can get this moron 45 out of office. WE MUST VOTE ON NOVEMBER 6TH!!  We must vote as though our lives depend upon it.