What Are You Going to do Now Senators? 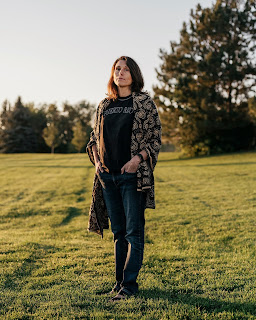 Have you ever been faced with a situation where someone keeps telling you that you can’t have something that you really want? I’m talking about as an adult, not a child. Well, it seems as though the Republicans are in that unenviable position right now. Yet another accuser, Deborah Ramirez, has come forward with some very disturbing accusations against Judge Brett Kavanaugh. And, for the second time in a week, the accuser is calling for an F.B.I. investigation. Now why would she ask to get the F.B.I. involved if she had made a false accusation? But Mitch, Chuck, Orange Boi and the boys seem to be digging in their heels for a fight. They flatly refuse to get the F.B.I. involved…WHY NOT?

If you’re not familiar with the situation, let me give you the short version… The Orange Bloviating Blob (who is an accused sexual predator himself) nominated Judge Brett Kavanaugh to the SCOTUS. Dr. Christine Blasey Ford accused him of attempted rape back when they we both in high school. Naturally, the judge vehemently denies the allegations and the Senate Judicial Committee, which is currently controlled by the Republicans has their “easy nomination” thrown into turmoil and confusion. After a week of negotiations and arguing, another hearing is set up to hear the allegations. Then…boom, another accuser comes forward saying that “Frat boi,” I mean Judge Kavanaugh exposed himself to her when they were at a party in college and forced her to touch his penis. Now, we need to establish that both of these situations involved large amounts of alcohol being consumed at raucous teenaged parties. In the latest situation, friends and associates involved say that “Frat boi’s” whole demeanor changed when he drank too much. The problem seems to be that he spent a large amount of his “downtime” in high school and college “DRUNK OUT HIS ASS!” How many know that many of us make very poor decisions when we’ve been drinking to excess? 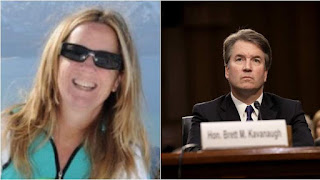 So now what are you going to do Senators? Are you going to attempt to dismiss this latest accuser? Because, I  have a sneaking suspicion that there are probably more victims but seeing what these ladies are being put through, I can see why they would want no parts of this bs. However, Michael Avenatti, Stormy Daniels' attorney, claims he is also representing a woman with “credible information regarding Judge Kavanaugh”

I renew my original protest from the beginning. Serving on the SCOTUS is a privilege, not a right. Judge “Frat Boi” Kavanaugh has no business receiving a LIFETIME appointment to the Supreme Court of the United States of America. PERIOD!
Posted by Holly Mosley Cooper at 6:52 AM